A year in the making, we present our latest regenerative tree fiber creation - the Long Sleeve Fleece Raglan.

* TWO SHIRTS IN ONE * Climate-controlled reversible based on your desired skin temperature, either way, wear the warm or cool reminder that you are always golden.

Our signature luxurious fabric is tree fiber breathable, can't-stop-petting-yourself-soft, anti-microbial and constructed durable for life. Wear it fuzzy size in to stay warm in colder temps, flip it fuzzy side out to be bunny rabbit soft and stay cool in warmer temps - a 15 degree temperature swing.

Accented with our signature Golden Thread detailing, this piece has been thoughtfully designed to be a go-to element of your daily uniform to style conform to your form.

A hug from Mother Nature to live in, play in, sleep in, and rock out the next day in.

if you guys made this an extra size up I’d purchase more stuff , I understand your fit , it’s great but an xl would of been perfect . I purchased L .

great stuff all the same

First things first, I didn't know which was the front, which was the back, and whether I was inside right or inside wrong. It felt so damn good I was like, IDGAF, I'm just wearing it. Whatevs. It was only after I looked at the picts on the site later in the day that I realized I had it inside out and backwards... but, it wasn't. You see...

You can wear this thing inside out, outside in, front or back forward... it just sort of molds to you, puts you in the IDGAF mode if you're not already there.

The cut is hard to describe - the sleeves, the neck, and the scalloped bottom and how low, but not too low, it goes. It's the shit.

It's so damn comfy it's scary. I'm def grabbing a white one too. And the extra little length in the sleeves and the thumb holes... well folks, I'm in NH, and it's cold as fuck up here, so that, too, is... magic.

I love this shirt. It's my go-to straight out of bed. And during the VID that's pretty much a recipe for an all day all night wear.

Every piece that OGT makes always wows me. With the LS raglan they've out done themselves. It is absolutely perfect. Performance meets absolute luxury. I also think this is a perfect crossover piece, with its classic design and the "look closer" details it's a perfect gift to convert someone to the OGT tribe.

M
M.B.
I could live in this fleece!

It's hard to take this fleece off! I want to "save it" for special outings, but I find myself wearing it all day as I work - true to its description, it feels like a second skin!

I'm excited to try wearing it "inside out" to adjust my temperature, but it's chilly enough in San Francisco that the warm/ fuzzy side is everything I need right now.

I'll definitely be ordering a second so I can keep them in constant rotation. OGT, you've done it again! 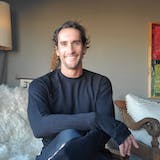 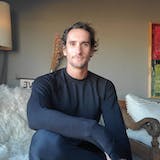